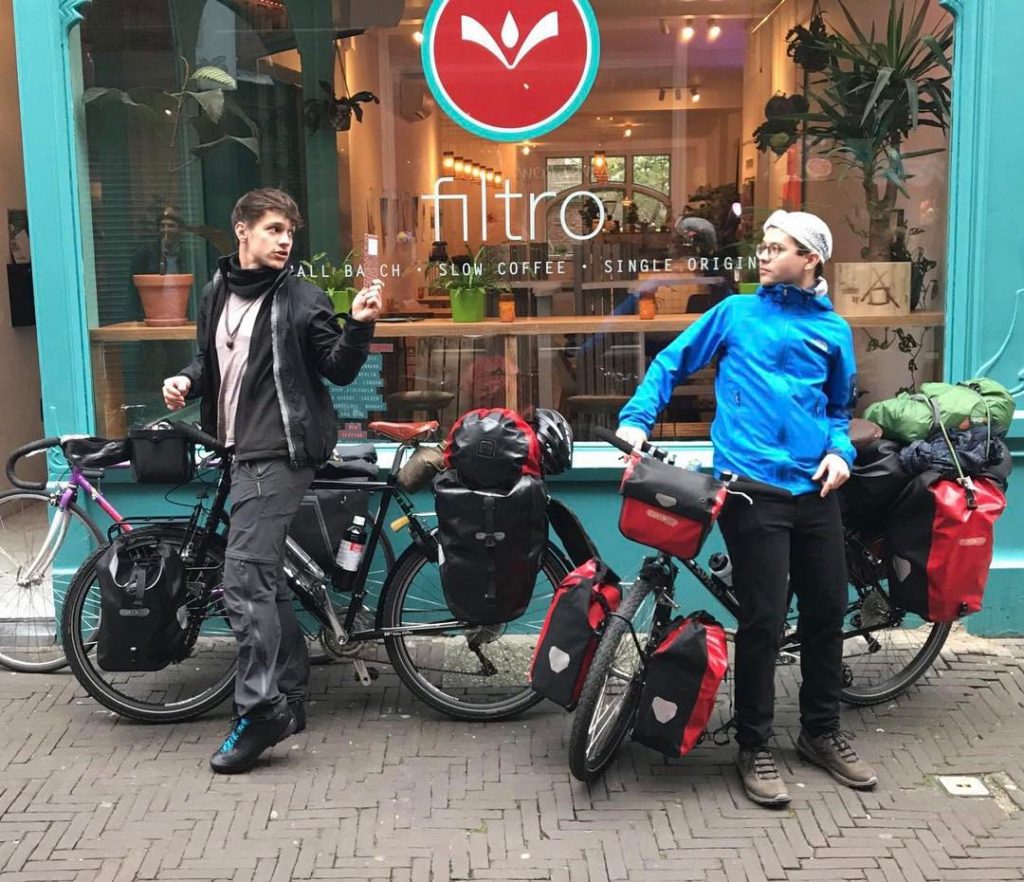 Born on a small island called Aruba in 1983 this young man moved to the Netherlands at age 7 and back to Aruba on my 10th. Being very active in sports at an early age has helped me deal with drastic changes in life as he moved back to Netherlands at age 18. Moving to another country meant adapting and making new friends and he didn’t seem to have a problem with this.

As a person he is very curious and loves to explore new fields. This wasn’t limited to only sports. In Aruba he played drums for a few years but had no space for a drumset when he moved to the Netherlands.

During his study podiatry in Netherlands he discovered a passion for electronic music and especially collecting vinyl records. This got him a side job in a record store and brought him into the scene. During those years came the realization that the impossible can become possible if you put enough effort and time into it.

A career started from collecting vinyls to spinning as a dj to producing tracks and organizing electronic music events. Around 2009 the music career was consuming too much time he made a choice to focus more on podiatry instead of music. Investments were not paying back and podiatry gave a steady income.

Podiatry was interesting but not giving the fulfillment he needed in life. Routine was a killer and the hunger for adventure and adrenaline was still there. Travelling provided more adventure. Running and especially cycling pushed him into new environments and making greater distance. All of this lead to doing triathlons. This was an eye opener as he discovered how a human body can be pushed to a limit you wouldn’t think is possible.

Once he asked his little brother what to do when you feel your body can’t handle it anymore. The simple answer was to just push harder.

The years following he completed two half ironman distances and cycled from France to Netherlands. In 2015 he and his little brother (William) wanted to cycle from Netherlands all the way to portugal. Due to work he was only able to meet him in northern Spain and continue the trip from there. William got really sick 5 days after Jaillen joined. The day after one of Jaillen’s best friends committed suicide so he decided to end the trip and fly back.

The believe in getting out of the daily comfort to appreciate the little things in life again is strong. The world is vulnerable and we as humans seem to take it for granted. It is to each of us to decide what you want to experience in life before it’s too late.

Knowing life can be so fragile and not believing we should make a career before doing what you really want, Jaillen and William started making plans to do a big cycling trip. A trip that would seem almost impossible, where time would be going slow again, where we will feel alive and aware again. It’s mostly about exploring new things everyday, meeting new people and learning about different cultures.

William has always been an outdoor person. Always playing outside with his two best friends, building huts and bonfires. He loved those but decided to join the track and field club in Aruba at a young age which he did for 9 years long, soon being followed by road cycling and triathlons. At the age of 18 he moved to the Netherlands to study veterinary assistant and join a cycling team for training and racing. One morning going down a hill in Bloemendaal he had an accident which ended his studies and made space for other opportunities.

One day in July 2014 he booked a one way ticket to Venice including a bicycle only to tell his mom the night before the start of the trip what he was about to do.
His mother wasn’t that happy with such a late notice but still supported him on this trip that lasted 3 weeks through Italy, Switzerland, France, Luxembourg, Belgium and the Netherlands.

William liked the trip so much that he decided to do another one in October of 2015 starting from the Netherlands to Spain. Little did he know that this is gonna change his whole lifestyle. As soon as he arrived back home he invited his boss (Arthur) to dinner telling he wants to cycle from the Netherlands to Thailand. Arthur told him: I will give you a bike for this trip
This idea was hard to imagine at the time. He started working full-time at a bike rental and became a full-time barista.

in October 2016 after a hard working day Arthur surprised him with a big box wrapped in gift paper. There it was: his Surly Long Haul trucker ready to be mounted for the trip.

Living cheap and working hard was his motto. The idea about a long bike trip has always been in his mind during working hours. Days came closer and the dream is slowly becoming reality.